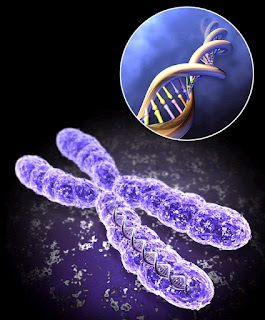 A few years ago, the goody bag from the first TED conference I attended included a kit for 23andMe. That kit is basically a tube you spit into (it requires a lot of saliva and takes a while) and mail to the company. Doing so allowed me to participate in an early version of genetic testing. 23andMe does not do a full genome sequencing, but instead an examination of only one million SNPs (Single Nucleotide Polymorphisms) of the billions in your genome. However, that is plenty to tell a lot about you.

One 23andMe tests your saliva, there is quite a bit you can do with that data on the Web site. You can learn about your ancestry and find relatives among the subscribers. So far, the closest relative I’ve been able to find are fourth cousins. I have no idea who they are or if it is correct. 23andMe has made some real contributions to science by polling its members and comparing their answers to their genetics. As someone who loves data, I have found the information fascinating.

The most interesting data is related to diseases and what my SNPs say about my susceptibility to them.  Over the years, 23andMe has added more and more diseases to its databases.  They put things in terms of what a particular SNP indicates about you versus the general population. They also indicate the confidence in the underlying science on which the data is based.

For example, my risk of prostate cancer is only 6.8% vs. 17.8% for the general population of European descent. My genetics also indication good news regarding my susceptibility to melanoma, colorectal cancer, Type 1 diabetes, and celiac disease.

Of course, not all of the news is good. My risk of Psoriasis is 22.4% vs. 11.4%; gallstones, 11.1% vs. 7.0%; and Rheumatoid Arthritis, 5.0% vs. 2.4%. I have to say that none of those worry me. Of greater concern is my risk for Venous Thromboembolism is 41.8% vs. 12.3%. That is obviously a significant risk. That data is useful as I now know to make a real point of doing things like getting up and walking around on longer airplane flights. It also played at least some role in my conversion to using a standing desk at work. Of course, proper diet and exercise are in order as well.

There is a piece of data, however, that is very scary to me even though the risk is lower. This data comes from fairly recent research. It indicates that my Alzheimer’s risk is 14.2% vs. 7.2% for the general population. The very specific wording is:

14.2 out of 100 men of European ethnicity who share Bill Catchings' genotype will develop Alzheimer's Disease between the ages of 50 and 79.

The heritability of AD is estimated to be 60-80%. This means that genetic factors contribute more to individual differences in risk for AD than environmental factors do. Genetic contributions to AD risk include known factors, such as the APOE gene variants we describe in this report. There are also rare mutations in other genes that cause early-onset (before age 65) forms of AD that run in families; this report does not currently include information on these mutations, or for additional genetic factors that have relatively weaker effects on AD risk. Non-genetic risk factors for AD include high blood pressure, high cholesterol, obesity, poorly controlled diabetes, and history of head trauma.

As you can tell, they are very careful in their wording. The reason this one worries me more is that my dad suffered from Alzheimer’s as did at least my grandfather. It is decidedly not a good way to go. It certainly makes me freak out when I forget someone’s name, like I often do!  A book I read a while back, Where Did I Leave My Glasses?: The What, When, and Why of Normal Memory Loss is helpful to know what is normal.

I also have to keep in mind that these are only probabilities based on the current best science. Even in the last couple of years, I've seen the risk percentages change on 23andMe.

Given all of that, is it good to know this data? I think that depends upon your personality. At one level, it is good to have real data to help inspire yourself to change your life. At the same time, however, the answer is almost always cut down on stress, eat a good diet, and get plenty of exercise.

Beyond that, however, I have to acknowledge that this is out of my control. I can’t say as that I’m happy about that. On the other hand, that is certainly is the lesson I need to hear (and actually learn). God is in control, not me. And, he is better at being in control than I am.
Posted by Bill Catchings at 8:58 AM